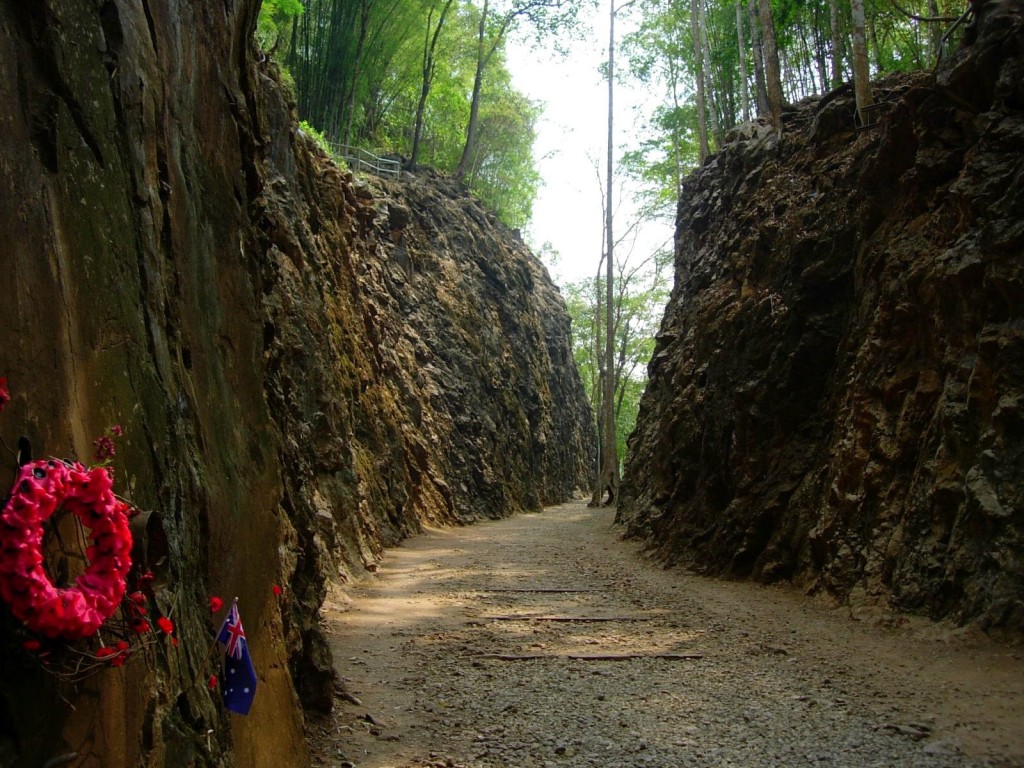 Remember the sacrifices of war on ANZAC day

With adventure, get a chance exploring history during the War

The 25th of April is one of the most important days for Austria and New Zealand as it is the national ANZAC day. It is the day to commemorate every participant of the Australian and New Zealand Army Corps (ANZAC) and others who served, fought, suffered and died during wars and conflicts. It is important to remember, that is exactly why some many people are visiting the Hellfire Pass in Kanchanaburi, Thailand every year at the 25th of April, to honor lost family members and other Prisoners Of War. Not only Australians and New Zealanders are being honored, everyone in Kanchanaburi is taking a pause to think about the huge sacrifices of humans during the WOII.

To supply the Japanese army forces in Myanmar a railway needed to be constructed. The Japanese Army forces managed to gather voluntary laborers from neighboring countries under false pretenses and Prisoners Of War coming from Japan, Thailand, Australia, France, The Netherlands and America. They managed to construct a railway of 415 km in appalling working conditions within 20 months. One of the huge constrains was the Hellfire Pass, the workers had to dig out a way through the mountain which many didn’t survive through the intense workload, diseases or punishments of the Japanese army.

Starts at the Hellfire Pass which is approximately 75 km North of the City Kanchanaburi where later in the morning another ceremony will be held at the Allied War Cemetery.

5.30 Dawn Service at The Hellfire Pass

Early in the morning, before the sun arises, many people will gather around the Hellfire Pass which is a walk downhill by means of stairs for about 20 minutes. The ceremony has a special feeling as torches are being lit in the morning twilight symbolizing the past when workers had to continue working in the late evenings and early mornings with help of torches did it look like Hellfire. Make sure you drink enough water which is provided on the spot. The ceremony will take about half an hour.

Served after the ceremony, a small breakfast in the Hellfire Memorial Museum which is located next to the Hellfire Pass though it requires a little climb back upon the hill to get there. You will be served with some coffee or tea and a nip of Bundaberg rum with a biscuit.

After a 45 minute ride from the Hellfire Pass to Kanchanaburi City, you can visit the Don Rak War Cemetery where thousands of people are buried. Many tents are set for the ceremony providing seats in the shadow and supply of free cold water. This year (2015) New Zealand will be the host and will provide you with some fresh beers at one of the tents of the Allied War Cemetery in Kanchanaburi.

Many people have an overnight stay in the Home Phutoey resort or Hintock River Camp at Hellfire Pass. The Home Phutoey resort is set in the same theme as there is the permanent exhibition of a original train, many pictures, renovated hospital with many original elements, photo exhibition and two small museums providing visitors with some extra insights. Moreover, when visiting the Hellfire Pass, make sure to wear good shoes as there can be some little rocks on the ground. Due to safety reasons bags are not allowed. Go for it and witness this special ANZAC day.